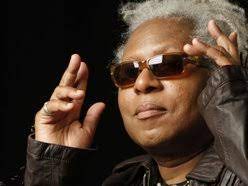 “Set It Off” by Strafe, an underground classic and a staple that is entwined throughout dance, rap, and music history. It’s already lived dozens of lives in the 33 years since its release—through samples and interpolations—and it is just one of those records that will be cut up and reimagined forever, it seems.

“Set It Off” was written, arranged, and performed by Steve Standard—an artist in his late 20s from New York and a friend of Kenny Carpenter’s, a lighting tech at Galaxy 21, where Gibbons cemented his DJ game. Standard went by Strafe, and he played every part on the track, including supplying the vocals. (source: insomniac)

An electro project that will forever be remembered for their quintessential track “Set It Off,” Strafe is actually Brooklyn native and producer Steve Standard. Released in 1984 by the Jus Born label, Standard didn’t originally care for the mix of the original “Set It Off” and took off to Europe — touring as the guitarist in electro queen Shannon’s band — as the track was hitting the clubs. With its minimal electro beat and chant of “Y’all want this party started, right?”, “Set It Off” started taking off in New York City with the support of DJs like Danny Krivit and spins at clubs like the Roxy, Down Under, and Danceteria. Jus Born sent a fake Strafe on tour to promote the track, while the real Strafe returned to the States to stake his claim, where the label recut the track with an in-house group, Harlequin IV. Strafe has re-recorded and re-released the track himself throughout the years, but the original can be found on numerous compilations and is frequently sampled by hip-hop, techno, house, and EDM artists. (source: allmusic)