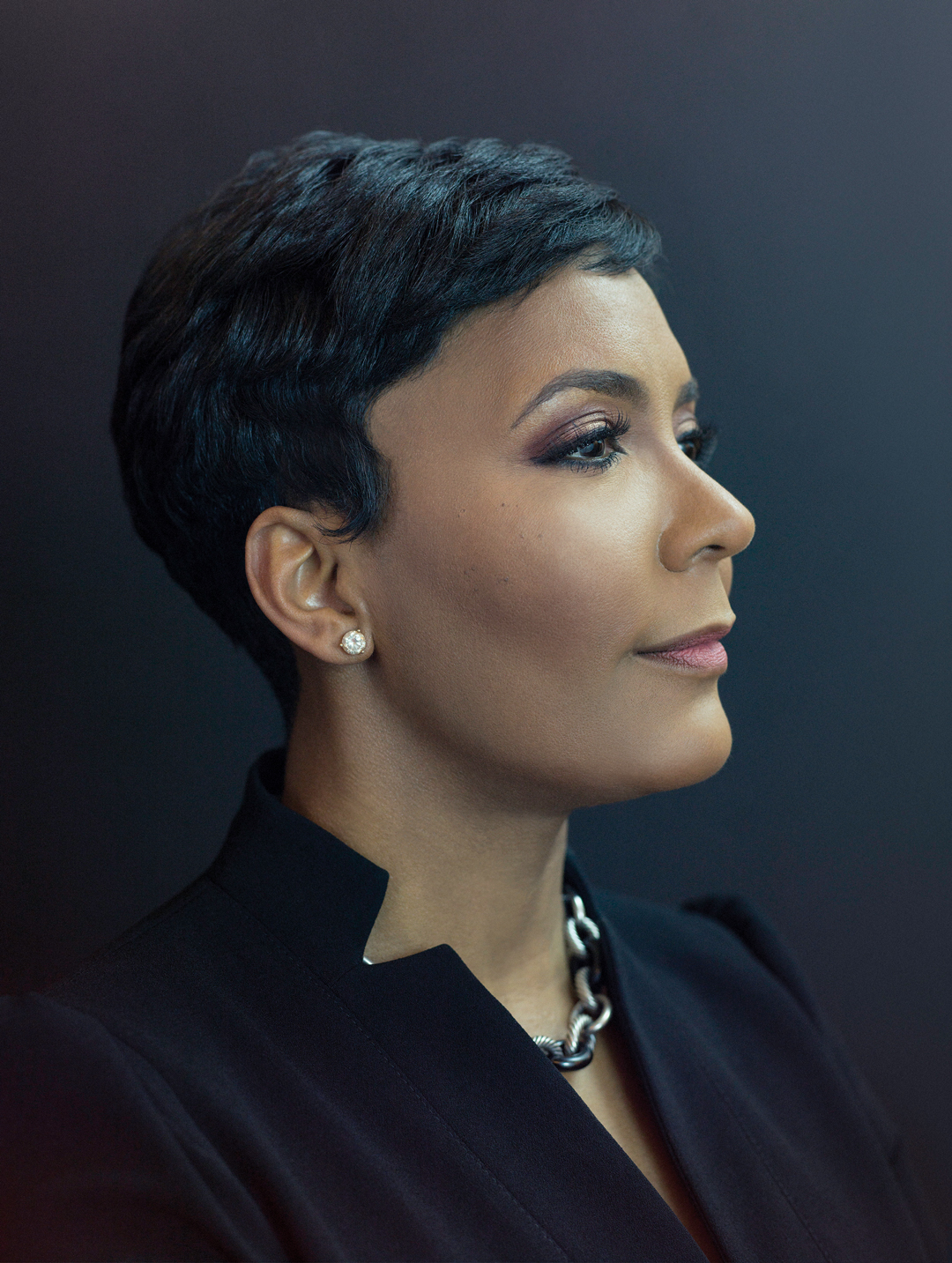 At times I am applaud at the ways of white America. And although raised in a black conscious environment, I’ve experienced space and time with Caucasians that proved when humanness is the foundation of co-existence, atmospheres can be understanding, loving, and kind- for the most part. However, it’s moments where the perpetuated ignorance through media is so disgusting I’ve had to manually disconnect myself from this realm of life because it feels like repeated acts of violence on my psyche. It feels like all of my senses are experiencing experimental mind-altering shock treatment without informed consent. It feels like someone is shooting shards of glass in my Ajna chakra. Waking up and welcoming the light of the sun, the breeze of the wind, the birds’ songs, and the ruffles of other animals in the leaves can be snatched away from you if you find yourself even stumbling across the low vibrations of AmeriKKKa.

The other day I watched a news interview video with Mayor Keisha Lance Bottoms of Atlanta.

The interview onset covered her sentiments towards the Late John Lewis, who transitioned to the ancestral realm on July 17, 2020. Speaking highly of the Civil Rights legend from the confines of her home, quarantined because of the COVID-19 diagnosis she and her family received, Mayor Bottoms painted the honor of being an Atlanta resident where humble giants such as Rep. John Lewis were not only historical figures, but neighbors, church family, and friends. Atlanta’s Hartsfield-Jackson Airport displays the courage-filled life of Lewis in between terminal entrances. It’s quite the salute to such a powerful man.

Quickly following her last words of condolence, Mayor Bottoms was situated to address her ongoing encounters with Kemp- the former Secretary of State. He deceitfully suppressed votes in his then position of chief election officer to ungracefully win the office of governor in 2018 against Stacey Abrams. If you didn’t know who he was, that pretty much sums him up. Anywho, from the civil unrest, protests, murders at the hands of police, infrastructure burnings and the unprecedented rise of coronavirus cases in populated counties, Mayor Bottoms spearheads the ongoing issues of these times in her city the best way she can following the reports from health experts, red zone analysis from Washington and other leading officials. Due to the unfortunate resurgence of COVID-19 in Atlanta, precisely due to Georgia being one the first states to reopen after three months of shelter-in-place orders were lifted by Kemp, not the protests, Mayor Bottoms had to reinstate a mask mandate recently. Sounds smart, logical, and just outright common sense since Georgia is leading in the number of reported cases of coronavirus right along with Texas and Florida.

The current resistance she receives from Kemp on how she is choosing to intercept the potential calamity of COVID-19 in one of the most minoritized populated cities of the south is “simply bizarre,” she replied.

Mayor Bottoms goes on to point out that Kemp’s demands for her silence may be deeper than a mask mandate because, “There were other cities in our state who instituted mask mandates, and he did not push back against them. I don’t know if it’s because perhaps they were led by men or if it’s perhaps because of the demographic in the city of Atlanta. I don’t know what the answers are, but what I do know is that the science is on our side,” she insightfully concludes.

Kemp’s racially fused gimmicks are unmasked and rooted in the blood-drenched soul of this country. To put it this way- his desire to silence, punish and control the black body, especially women, is his way of politics, much like he had no human regard for the very astute Stacey Abrams. And unfortunately, the system is constitutionally rigged for white men to trample the style, grace, and intellect of Black (women) leaders. He seeks to politically murder, intimidate and bridle Black women politicians.

I chimed in with a wave of hand, tooting lips and a slight bend of hip like I was in a holy-spirit filled Sunday service as I prepped breakfast, “say that Keisha. Call em’ out.”

The next question, better yet assertion, was that Mayor Keisha Lance Bottoms actions as mayor were tied to her “auditioning” for the VP slot this election year.

Mayor Bottoms’s comment to this below-the-belt remark inspired me to write this piece and to reaffirm my Black excellence.

“Well, first of all, I’m not auditioning for anything. I have a job that I get up and do each and every day, and that is the job as mayor of Atlanta. And my responsibility as mayor of Atlanta is to make decisions on behalf of the people of Atlanta that will protect our citizens.”

To elude that Mayor Bottoms is in a pseudo-state of authenticity as she executes her call and duty as the leader of such a prolific city is not only insulting, but a collective belittling Black excellence endures in this country. The nerve to place Black excellence anywhere near the word performance is the tagline for those who wish to keep chains around black necks. Unfortunately, because the white imaginary can not extend blackness beyond the acts of the minstrels, Mayor Keisha Lance Bottoms’ implementations as the city leader were reduced to auditions.

To wake up Black, beautiful, and intelligent every day- striving in high places, degreed, revered and wealthy must be a performance, right? Must we want something? We must be “puttin’ on because it is impossible for us to strategically protect our own and demand the Republic give honor to whom it is due without it being a full-on masquerade. Being Black and successful in a system using the pseudonym of “Country” that tries in every way to defame, dismember and demean Black existence couldn’t be done without wanting something more in return. Since we stopped building this racist regime for brutality in return, we’ve been pegged as ungrateful and always having our hands out.

What sparked inside of me that morning as I cooked breakfast was being black and powerful are our birthrights. Being Black and excellent doesn’t require a pre-requisite, motive, or costume. Being Black and excellent, governing citizens and elite professionals is rooted in our ancestral and Spiritual guidance, not the falsities of wanting a piece of a pie laced with poison.

As my grits take on the perfect texture of creamy and my sausage burnt like it’s fresh off the grill, I leave with this…To think that black excellence is an act to get approval from white America is the exact problem Mother of Literature, Toni Morrison, spoke of in her infamous interview when she stated, “I’m not a victim. I refuse to be one… if you can only be tall because somebody is on their knees, then you have a serious problem. And my feeling is that white people have a very, very serious problem and they should start thinking about what they can do about it. Take me out of it.”

Black excellence is not an act; it is the air we breathe. The rhythm to our glide. The perfect balance on our Earth Star chakra, because you do know our feet never touch the ground. We, as a people will discontinue minimizing who we are to fit the disgraceful script written for us by people who don’t even love themselves. And what we will also leave at your AmeriKKKA doorstep is the need of your platforms to validate our existence. We don’t need the nod of your head to I Dream of Jeanie our presence.

Who we are is our birthright, our blessing. There is nothing you can do about it, no matter how hard you try to beat it out of us systemically.

Thank you, Mayor Keisha Lance Bottoms for being Black & Excellent.